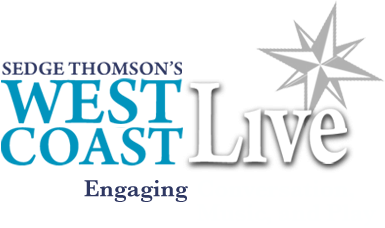 West Coast Live - About Our Show

Welcome to our Official Site!  Each week our two-hour radio variety show broadcasts in front audiences large and small from theatres and unusual venues and to coast-to-coast radio fans. We are the orginial pop-up radio show, taking listeners to find the marvelous and arcane places where it's possible to make radio.

The rich mix of writers, thinkers, comedians, and musicians come mostly from the Pacific Rim and the Western United States, but also from further afield as feels right to do. Think Bill Moyers meets David Letterman, according to one reviewer.

Imagine the pleasure of watching a radio show come-to-life before your eyes. Immerse yourself in the company of world-renowned authors and musicians for live performance and spontaneous interviews in our intimate venues. 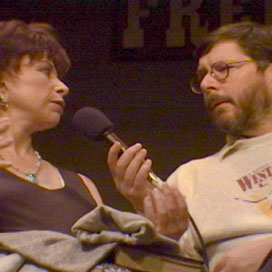 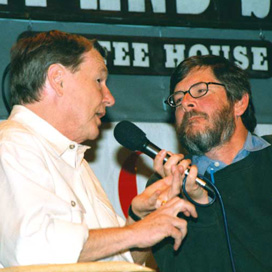 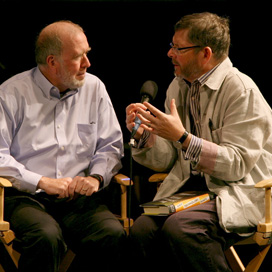 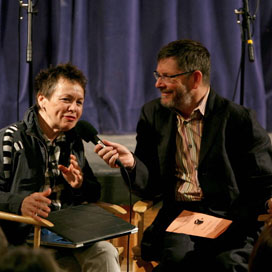 WCL's Signature Sound of Bay Water lapping Against the Piers

Each show opens with volunteers garbed perhaps in neoprene who operate the Biospherical Digital Optical Aquaphone, an ancient maritime device that allows listeners around the world to hear the sound of the nearest body of water to our stage.  Volunteers collect a gift for their efforts.

The variety and scope of the interviews was astounding, and yet, to regular listeners, unsurprising. As the talk ranged from Scottish rave culture, to fishing New Mexico's red-rock canyons, to pioneer-era blizzarded crossings of the Sierra, the conversation was unfailingly novel and interesting. Just the recipe for a delightful Saturday morning with West Coast Live, in the theater or on the radio. 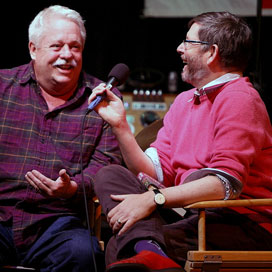 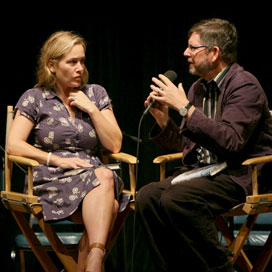 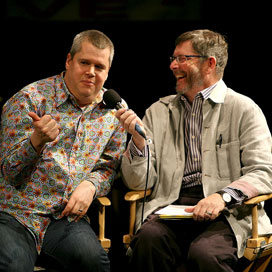 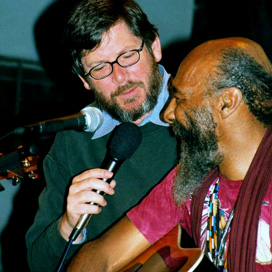 If your idea of musical variety is Bach and Beethoven, please prepare yourself for an aural paradigm morph. West Coast Live's musical focus is on American and Western roots music; music derived from styles invented or developed here, and kept alive by local traditions rather than music videos. We have featured bluegrass, swing, jazz, the blues, a capella, cabaret, classical and Southern California surf rock. Some of the better-known acts to appear on our stage are Ben Harper, Lyle Lovett, Taj Mahal, and The Neville Brothers.

At the same time, there is such a wealth of styles in California alone, most genres of music have found a few groups here. So, in order to reflect the musical diversity surrounding us, we have welcomed artists influenced by styles from around the globe: flamenco guitarists, Tuvan throat singers, tango dancers, taiko drummers, and Irish balladeers. The resulting combination is as fun as it is educational, and is all woven together by the steady hands of our house pianists, Mike Greensill and Gini Wilson.

Equally as rewarding as the variety and quality of West Coast Live's musical offerings is Sedge Thomson's desire to engage them in conversations about their craft. Though told in halting English, North-African band Lo'Jo's story of their mid-Sahara caravan concert was enthralling. Arlo Guthrie remembered learning guitar from a young Bob Dylan in his father's back yard. "Writing songs with Bob Dylan is like casting down-stream from a great fisherman-- he catches all the good ones," said Arlo.

Would you broadcast on a train, from a plane, on a boat? Yes, we'd do it, Sam I Am. Truth be told, West Coast Live has not yet broadcast our show from an airplane, but we are still awaiting the opportunity.

In any case, we have sent our signal out from national parks, internationally regarded museums, restaurants, skyscrapers, private homes, and of course, theaters of all sizes from Alaska to Yosemite to British Columbia. In short, we are interested in broadcasting from locations that convey the culture and sounds of the West to our radio listeners, while allowing our theater audience to discover new venues.

West Coast Live presents wit, wisdom and insight on themes and linked topics -- there'll be some POP-UP
radio events, too. Sign up for our mailing list just below here, in the "read" of text Sedge to 22828.

Stream and enjoy again our latest WCL show for a week after its broadcast right here!

Subscribe to our occassional droll newsletter to receive our show schedule announcements and advance notice of special web offers. Or, text Sedge to 22828 to sign up.

There's a kind of spontaneous combustion that provokes thought and laughs